I’d say for a long time I approached photography as trying to capture what I see.

By contrast some times subjects are plain, and lack something that would “make” an image more appealing.  To capture these subjects sometimes trying to capture things that are not immediately seen is the way to go.

Peabody Library – This image is an example of that. I was in the space outside the library and trying to see what I could find that was more interesting, and I was pleased to find this reflective can to shoot in to. 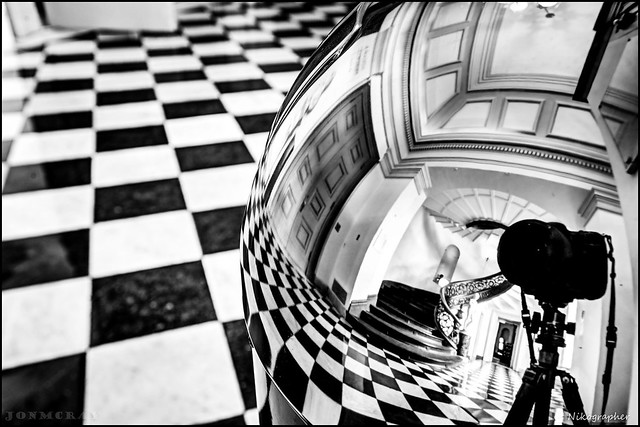 Two other examples are below, where instead of just finding a unique spot to point my lens at, I used a “photography trick” and slid the zoom on my lens to creative effect.

Muir Woods – for this image I was restricted to a single camera body and lens, and no tripod, and probably an hour in the woods.  I made some simple images of the woods and trees, but this image looking up and sliding the zoom lens is one of a few like this that I really liked from the trip. 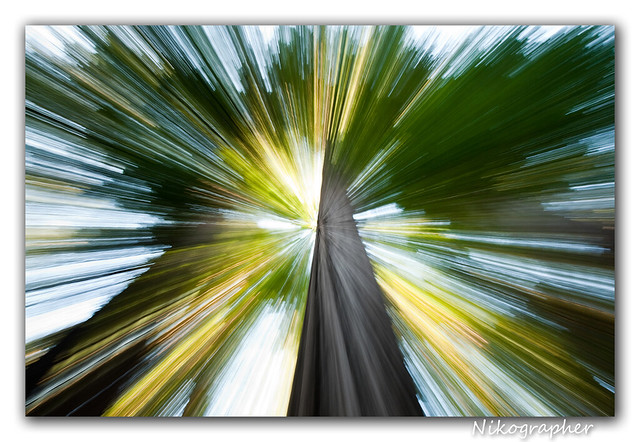 The Memorial Illumination – Battle of Antietam – this image also involved sliding the zoom lens while the shutter was open.  To get this result half the exposure time was done without moving the lens.  This is the part where the candles can be seen.  The other half of the exposure time is from the slide, and that is how the red lines were made. 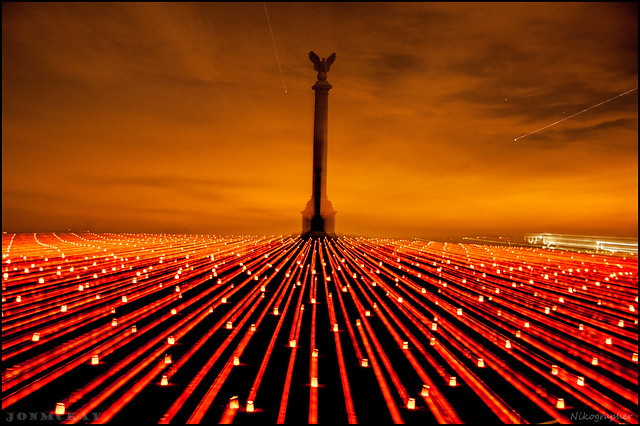 Peabody Library – Finally here’s a mostly straightforward image, but with a literal twist. I had tried to line things up and make things symmetrical, and couldn’t get it right, so instead I left things out of balance and I liked the result a lot more. 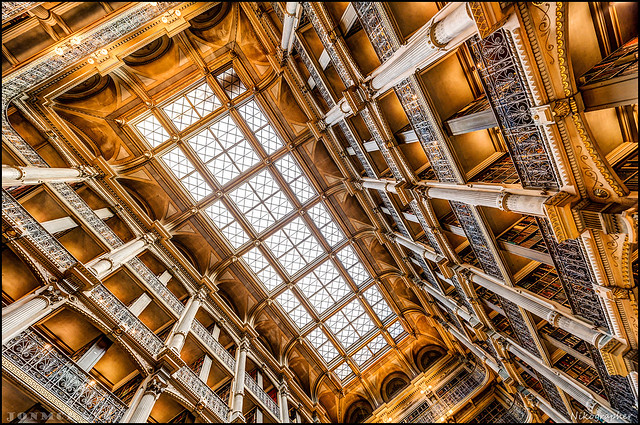