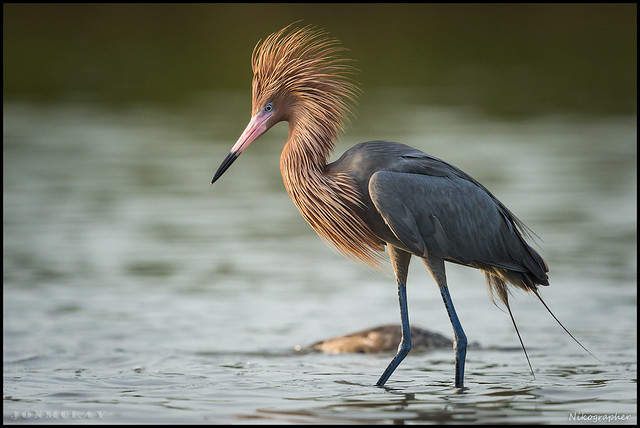 These birds are my favorites – they hunt in an animated way, and have such beautiful feathers.  I especially like their head features, and the way they fan out. 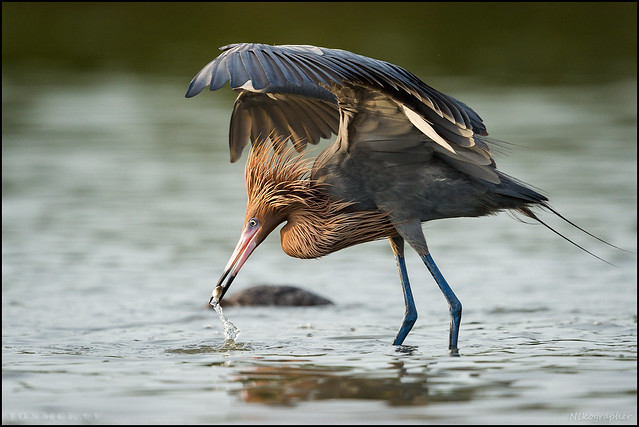 Since they’re so rare (~400 pairs in Florida per this) it seems special to get to see one.

The reddish egret (Egretta rufescens) is North America’s rarest heron with maybe 400 nesting pairs left in Florida. The estimated global population believed to be fewer than 7,000, with 2,000 pairs in the United States. (credit tbo.com)