I grew up in New York and spent lots of time on the beach, and on the water (we had a boat).

For the past decade or so I have visited my hometown and taken lots of photos on the beach of birds and the landscape too. What I find so interesting is the dramatic change in how the winter sun angle vs. summer sun angle changes the landscapes and photos.

In the winter the sun basically rises and sets over the Atlantic Ocean. 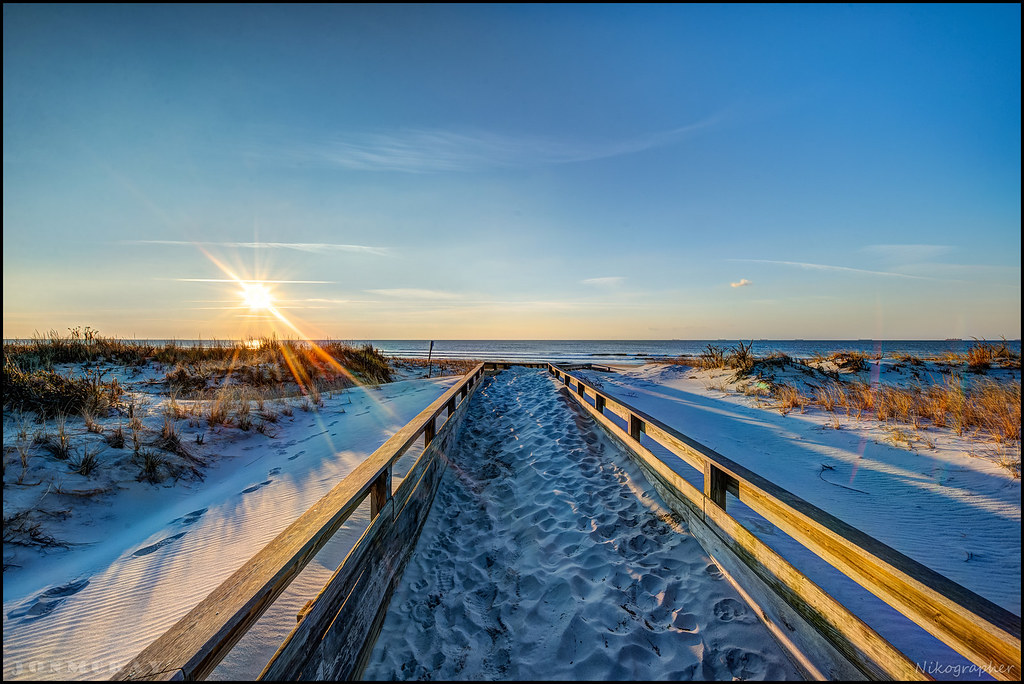 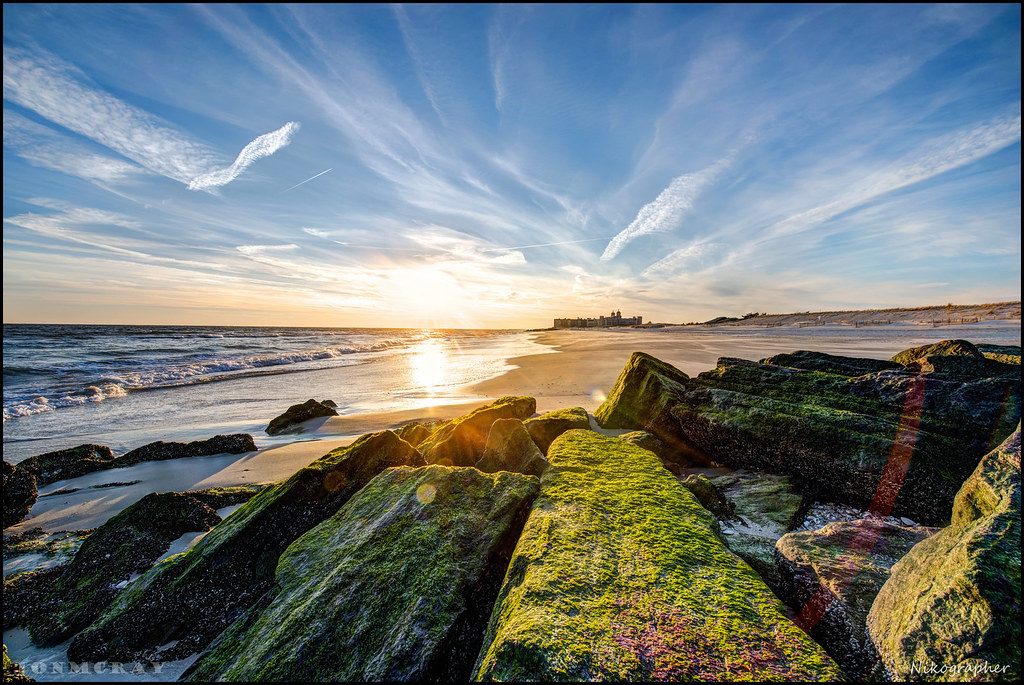 In the summer the suns sets way to the right in the above photo, behind the dunes and usually does not make for photos that are as interesting to me.

This image uses the dune fencing to make shadows and lines that I really liked. 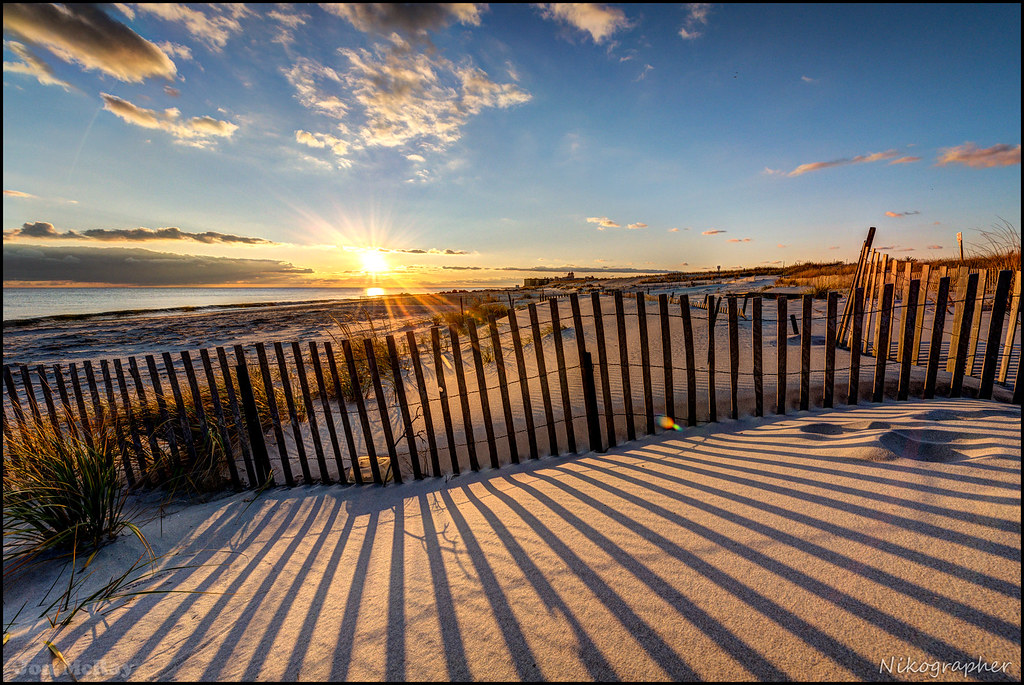 Most of these images were taken in early February, so this isn’t even the extreme.  I bet that in December it might be even more to the southern part of the horizon.

And as a way to contrast the sun angle take of the above photos, here is one that doesn’t include the sun, but instead has a nearly full moon.  This is the same location as the first image above, without all the wind blown sand covering the ramp. 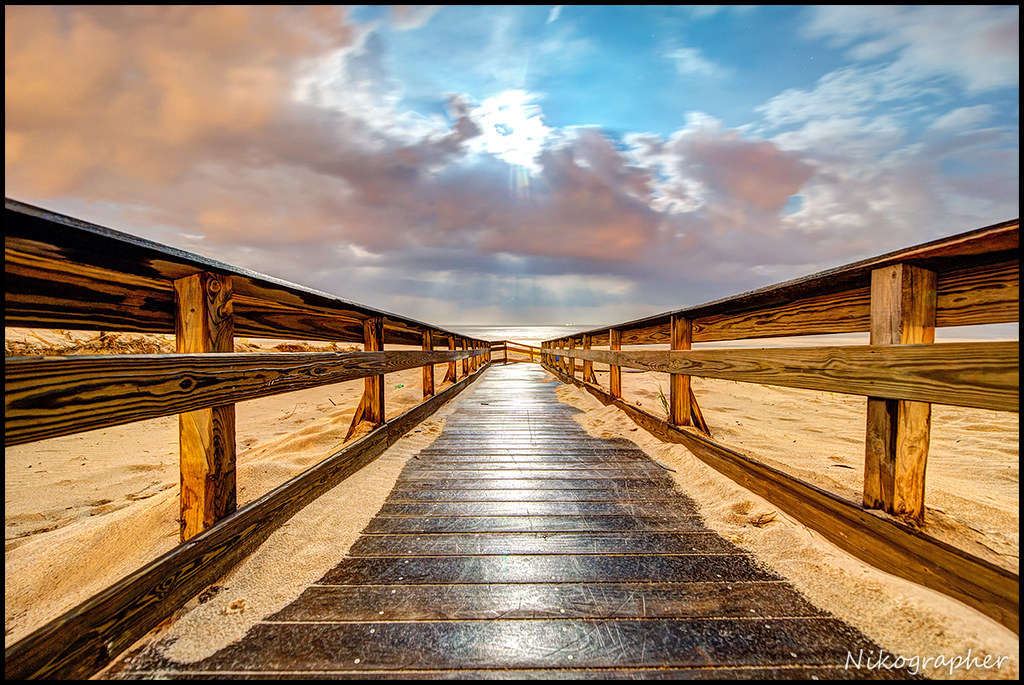 Shooting the ramps in Lido Beach are one of my favorite things to shoot, because they are so common, and can be shot in so many different ways to create unique visuals. 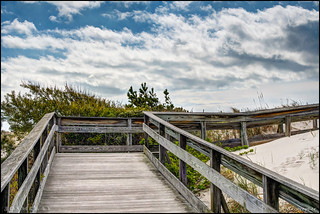 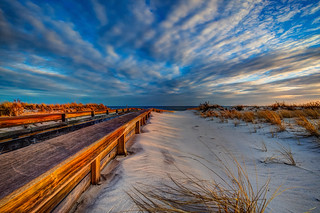 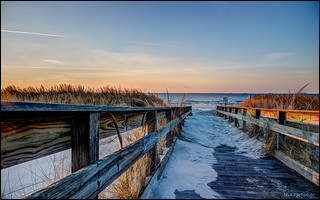 The first 3 are the same ramp, and the last one is a block away.

One thing I find cool, is what I show images like these to friends that live there, literally yards away from the spots the images were taken, and they say they have trouble recognizing the location, or they don’t see it that way, that the images look so different than how they think of it.

This last image is an example of an abstract from reflections on a thin layer of water on the sand along the edge of the surf. I started using this technique, where I have a camera, tripod and no shoes (usually barefoot) – and if the sky and light are right, what I try to do is wait for a wave to come in, and then as it recedes I race towards the ocean and take a photo, from a relatively low angle to make for a larger reflection. 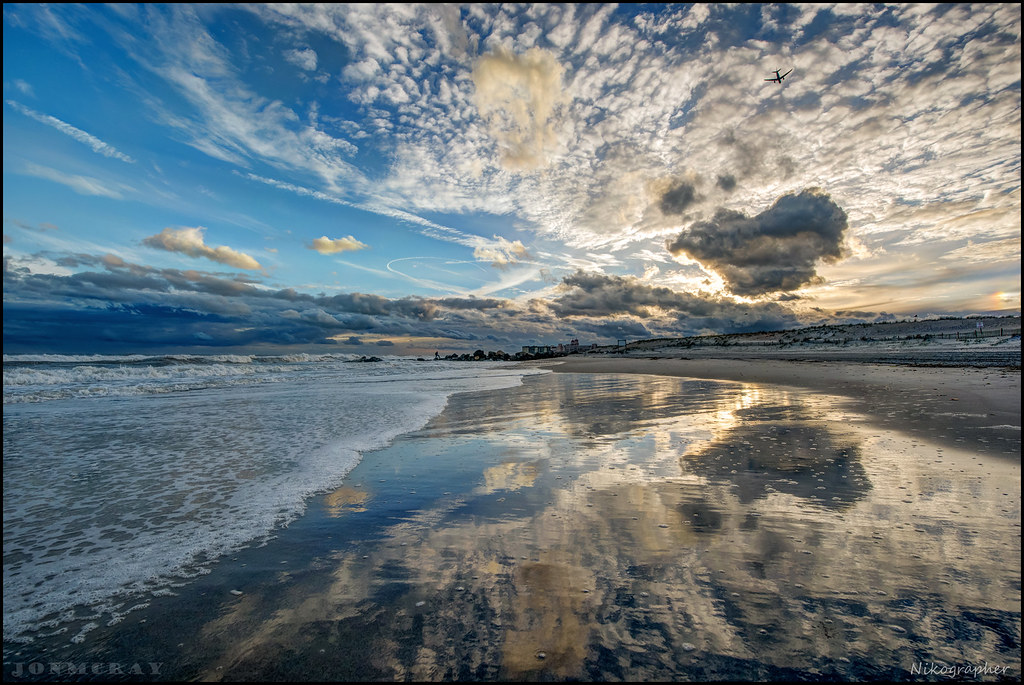 The resulting image is about half sky, a quarter reflected sky, and a quarter sea and sand/dune.

I’ve decided to take 2018 off from sharing new images, and have not posted anything to flickr all year. As such, I’m going to make a few blog posts for now using images from flickr. Over the years I have posted thousands of images on flickr, and early on I was posted every day very rarely skipping a day. That habit and drive was good and motivating at the time. Now is different both for where I am, and where social media is at. more on that another time.